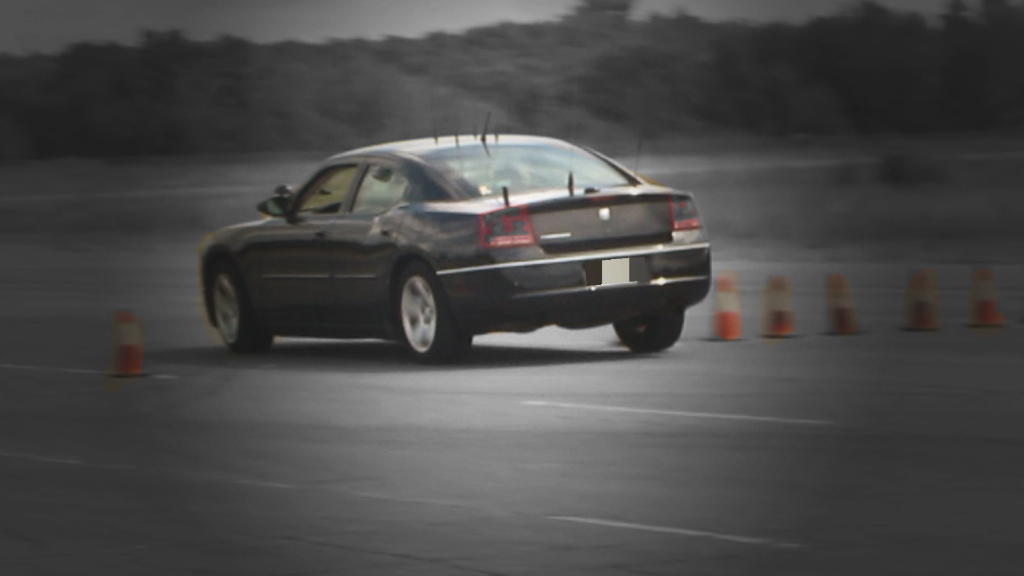 Lane Change – Evasive Maneuver – Accident Avoidance – Swerve to Avoid – no matter what it’s called they all have the same basic characteristics and are essential to all EVOC training programs. Over the years the feedback from former students indicates that the “Lane Change” exercise instills life-saving skills.

The purpose of the evasive maneuver is to simulate an unexpected event that can occur at anytime, anyplace and in a heartbeat.

The Maneuver
An evasive maneuver consists of an entry gate, barrier, with lane gates on each side of the barrier and exit gate. As the driver approaches the entry gate, a command signal is given that requires the student to drive into one of the lane gates. There are many variations from that model, but again for the purpose of this article, we will stay with the basics.

A Review
One of the goals of the Evasive Maneuver is to create an emergency which is a time-distance relationship – how much time and how much distance does the student have to respond. Through exercise design, the instructor controls the amount of time and distance, and as important the amount of energy exerted on the vehicle.

As an example. A student drives into the entry gate at a speed of 40 MPH. If the command is given 12 feet sooner that is the same as giving the student .2 seconds more time to react (40 MPH equals 58.8 feet a second or 5.9 feet every .1 second). Conversely, if the instructor gave the signal 12 feet later that would be similar to taking away .2 seconds of reaction time. There is a substantial difference between giving the signal 12 feet sooner or 12 feet later.

The point it makes is one of the most important learning points a student can take away from an EVOC or for that matter any hands-on driving program. The sooner you get the steering wheel moving away from what is in front of you the greater your chances of having a non-event.