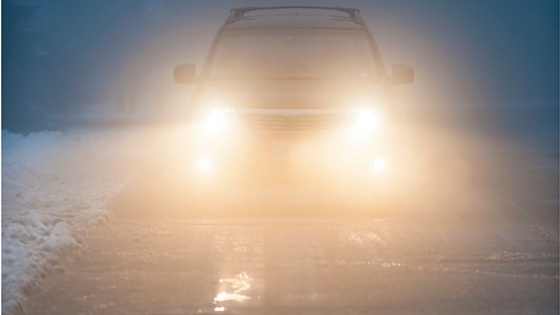 Over-driving your headlights is defined as – A scenario where the driver is moving at a rate of speed that their stopping distance is farther than they can see with their headlights. This creates a dangerous driving environment.

We have created two scenarios that illustrate the danger of “Over-driving Your Headlights”. To create the scenarios we need three numbers. A vehicles stopping distance, the illumination distances the headlights supply, and driver reaction time. The numbers used will vary depending on the driver and the vehicle.

Consider that initially the driver was moving at the rate of 58.8 Ft/Sec it’s not much of a cushion.

It is a safe bet to say that the threshold speed on a poorly lit road with low beams, under the best conditions, is 40 MPH.

On a poorly lit road with everything in the drivers favor 60 MPH is about the speed limit for driving with high beams, at 65 you’re tempting fate at 70 it can turn into a disaster

A suggestion for those conducting EVOC programs