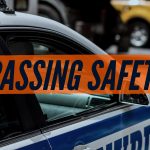 Passing the vehicle in front of you is one of those things we often do but don’t give much thought. On an urban road, that slow driver in front of you may be problematic – BUT – once the decision has been made to pass a vehicle in an urban environment, realize and remember that […] 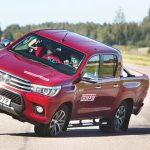 A recent video of a Toyota Truck coming close to flipping as it drove through the “Moose Test”, created a great deal of Social Media talk.  PDC would like to share our thoughts on the video. Our Thoughts For those that conduct EVOC programs, the Moose Test is a lane change without the decision component. […] 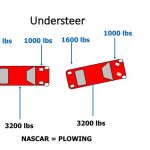 Understeer and Oversteer are terms used to explain vehicle characteristics, and they are important signals transmitted to you by the vehicle, it is how the vehicle communicates to you. It is the vehicles way of telling you what you should do next. In a nutshell, understeer and oversteer are the interrelationships of the front and rear ends of the car. 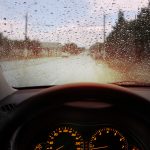 Over 90 percent of the information, we need to control the vehicle comes from what we see. Vision is the foundation of safe and secure driving. Vision is a complex sense affected by a number of variables, many over which we have no control. Your vision inside the car is not only affected by physical […]